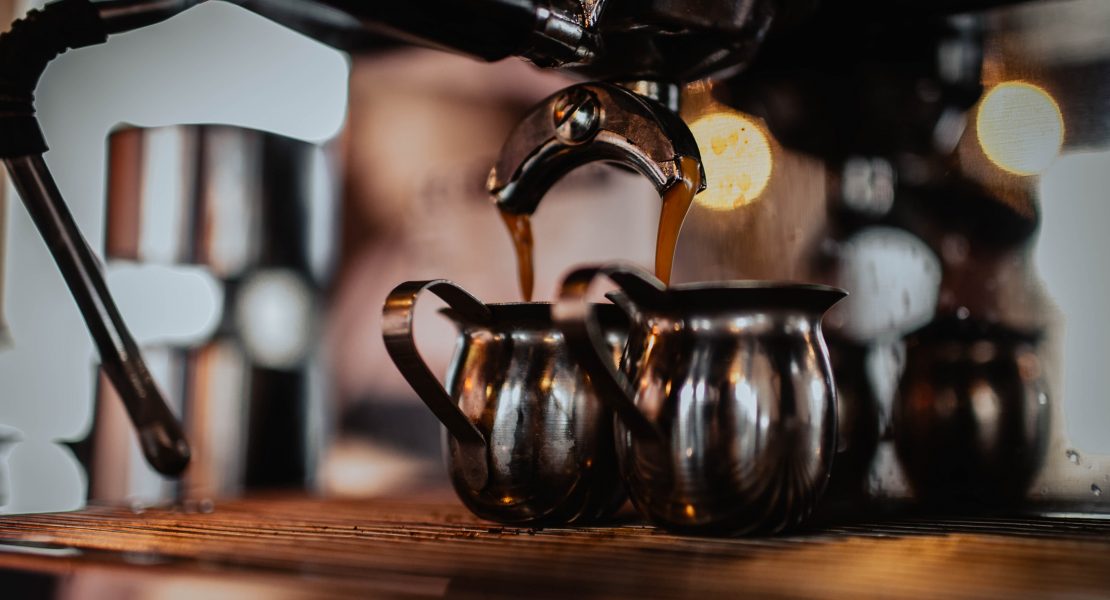 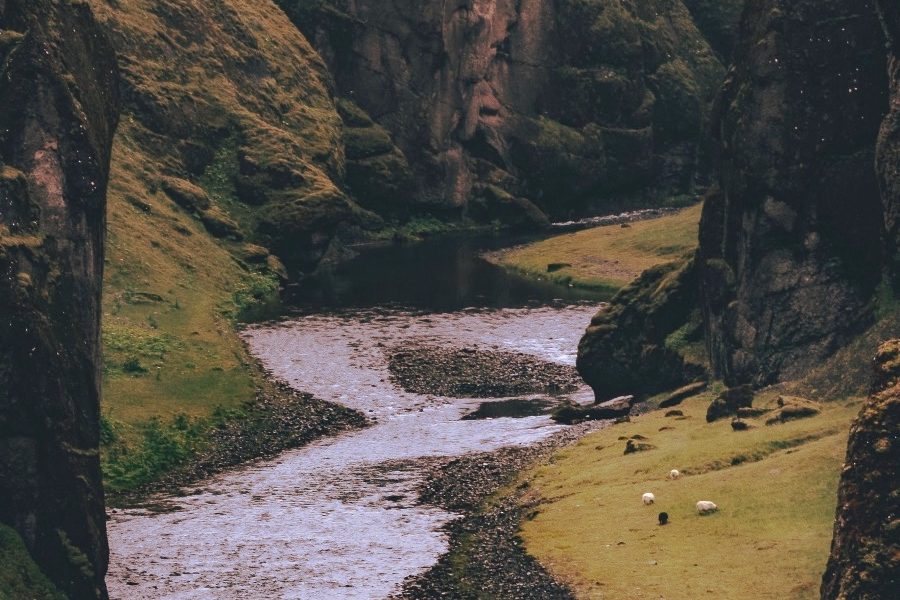 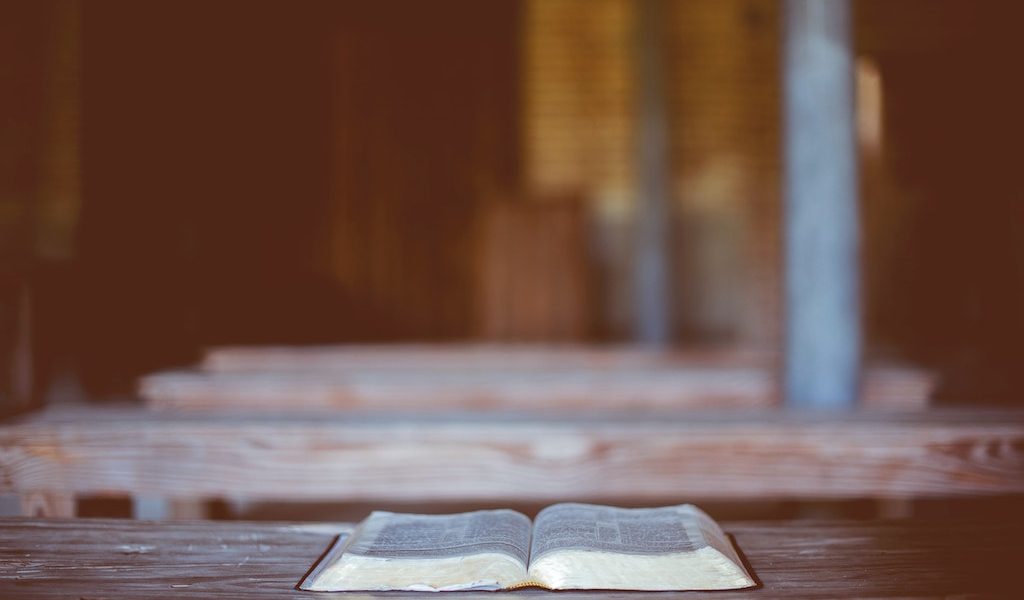 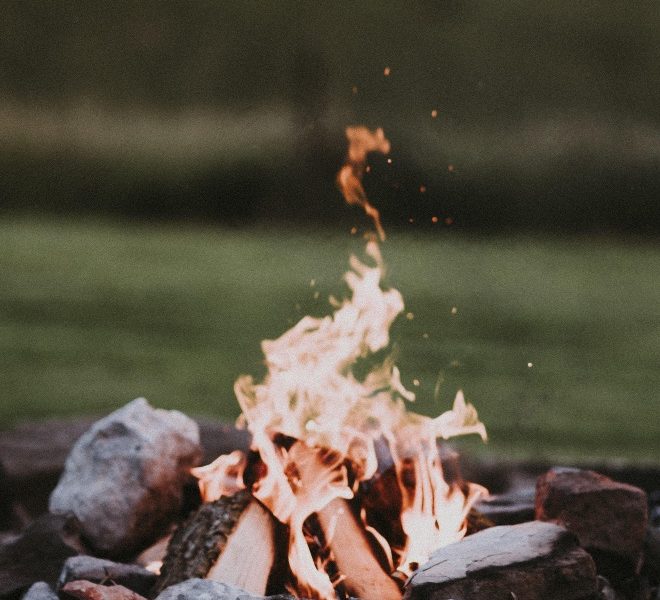 The Gift of Revival 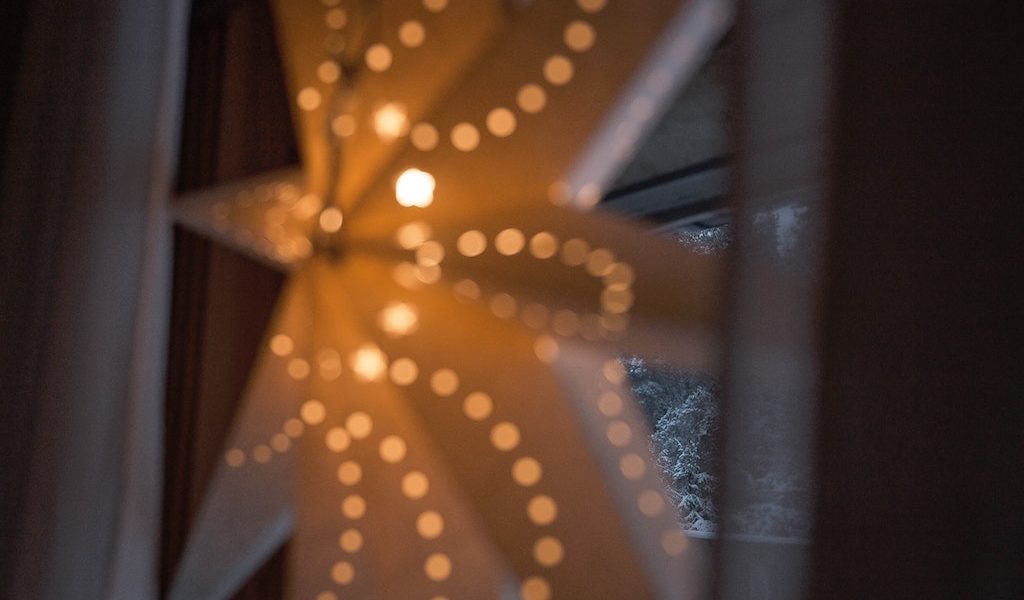 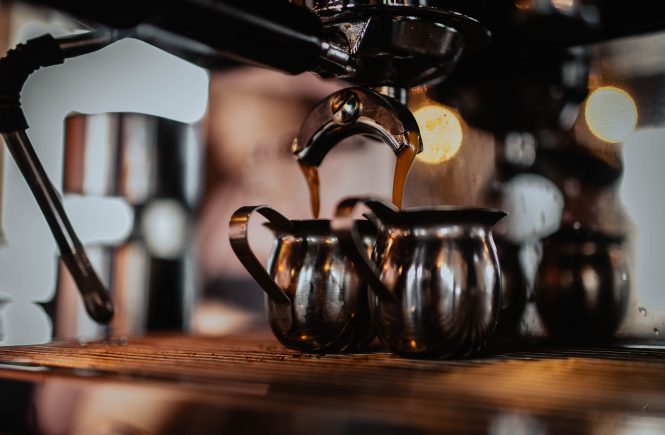 I was standing at the coffee pot the other morning when I heard this phrase, “The other side of the coin”. The night before, there had been a call with a young minister friend who was struggling in the financial arena. When I heard that phrase, I instantly knew what the Lord was talking about. I was able to share it with him and a breakthrough for he and his family came. I sensed in my heart that it would be good to share it in this month’s letter. So what is the other side of the coin?

Well, the side of the coin that most believers know about, which has been taught so much, is the blessing of tithing and giving offerings to the Lord. Sowing seed into the kingdom of God has been emphasized for a very long time. Julie and I believe in this side strongly and we have practiced it consistently since 1992. God is true to His word and has blessed us. But also, as a baby Christian, I learned something else that my friend did not know. Perhaps many do not know, or have forgotten, or do forget about it. It’s about using our authority in Christ as believers to reap the harvest of finances.You see, if a farmer tills the soil and plants the right seed at the right time, and then rain falls upon it and the sun shines upon it, the seed will sprout up. Soon a harvest will be ready. But is that all the farmer does? Of course not. He has to reap the harvest once it is ready. This is the other side of coin that I want to emphasize.

I learned about this from Charles Capps, who learned it from Kenneth Hagin Sr. Both were struggling when the Lord revealed it to them. So was I when I first heard it. Let me quote part of Brother Hagin’s teaching :“The Lord had said to me. The money you need is not up here in Heaven. I don’t have any money up here. The money you need is down there. It’s satan who’s keeping it from coming, not Me. Don’t pray about money in the way you have been. Whatever you need, claim it in Jesus name. And then say, ‘Satan, take your hands off my money.’ And then say, ‘Go, ministering spirits, and cause the money to come.’ This was back in 1950. From that day forward, I have never prayed about money for myself personally.”

At that time, when I began to see how faith worked in the area of finances, it was all new to me. In fact, I said to the Lord, “What do you mean? I can understand the part about how we can exercise authority over the enemy, claim the finances we need, and tell satan,‘Take your hands off my money.’ But what do you mean about the part, ‘Go, ministering spirits and cause the money to come’?” The Lord said, “Didn’t you read in My word where it says that angels are ministering spirits sent to minister for those who shall be heirs of salvation?” (Hebrews 1:14). Because I thought it said “minister to those,” I had to get my Bible and read it. It’s strange how we can read scripture for years and read right over things and not get what the word says.

These angels are ministering spirits that are sent forth to minister for us. “For” us means they were sent to do something for us. There is more scriptural foundation for this truth in Brother Hagin’s book, How God taught me about finances. Also his book, the Authority of the Believer, is very important for many arenas of life. When I was practicing law in the 90s, I did this every month. The amount of finances I claimed came each month. Always something good would happen. I would settle a case or get paid on something that had been delayed. It always worked. On the mission field we have done the same.

I remember being down in Puebla, Mexico back in 2004. My Suburban had broken down and my friend Claude and I did not have any money left. The little church I was helping to plant had never given an offering. To the contrary, I was supporting the Pastor. On this trip, I had given the rest of what we had ($300) to a man who had the only car in the church. It was to pay for his transmission repair. I had no Idea how we were going to pay for my truck repairs and get out of there. The night before we left, I claimed the amount needed for the coming week. Which included: the repairs, gas, food, hotel, as well as some bills that needed to be paid. I told satan, “Get your hands off of my money”. I told the angels, “Go and cause the money to come.”

The Sunday service was over and for the first time the little church gave me an offering. Being so desperate, I counted it on the spot. In pesos, it was less than $60.00. Not even enough to fill up the Suburban. We smiled, told the pastor and the congregation goodbye, and stepped out on the sidewalk. Heading toward the mechanic’s, I thought, “Well, I am going to have to call Julie and see if she can send a Western Union or Money gram for the repairs and gas.” If she did not have it, I was going to have to call a friend and ask for help. As we rounded the corner of the building, a young couple from the church ran right into us. They were huffing and puffing. They owned a trucking company. They said a voice had spoke to her during the service to give me something. They got up and ran down to their office and got money out of the safe. They handed me a big manila envelope. They said, “This is for you and your ministry.” I did not count it in front of them but did so as soon as I got down to the garage. It contained 30,000 pesos, which was $3,000 in 2004. Claude and I hooped and hollered and praised God. We paid the mechanic and filled up the gas. We ate a big steak and got a good hotel room that night on our way back home. Praise the Lord for the authority that He has given us!

I felt strong to remind you of this other side of the coin. Perhaps some reading this, may have never heard such teaching. I encourage you to get the books mentioned above by Kenneth Hagin.

Though parts of Asia are still in full lockdown, we had a great zoom meeting with our students, pastors, and friends there. We will resume construction of the worship hall as soon as the restrictions lift. Additionally, Julie and I just had a wonderful time staying with friends, Michael and Michelle Mosely, in Santa Cruz, CA. We helped Brother Joe in teaching his team concerning prayer. We ministered on the streets and in a homeless camp. Also in two house church meetings, and a Sunday evening at The Gathering in Capitola.

On June 3-7, I will be ministering in special meetings at The Jesus Church in Colorado Springs. We are also excited to announce a revival gathering coming up June 13,14, & 15 @ 7pm at the Maude Cobb convention center:

(Held in the Eitelman Conference Room). We hope you will come!

Thank you for partnering with us for souls to be saved and for revival to break out. May God bless you this summer with a great outpouring of His Spirit. 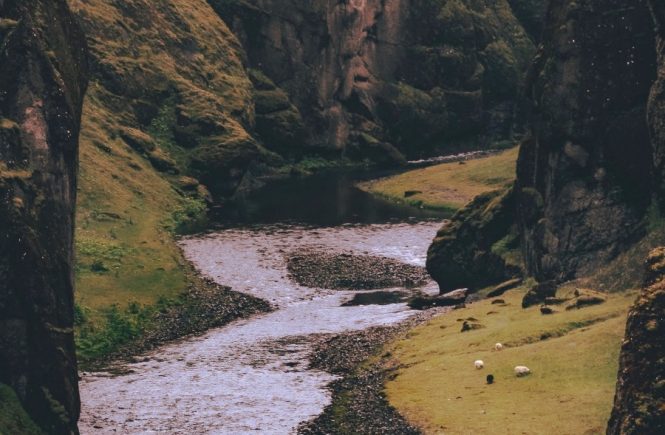 I write with a heart burning on fire and am full of gratitude for you. I am no longer troubled! First, let me tell why my heart was troubled and how that has passed. Since the 2000s, each time upon returning to America my heart was increasingly troubled. The fire of revival was burning across Mexico and […] 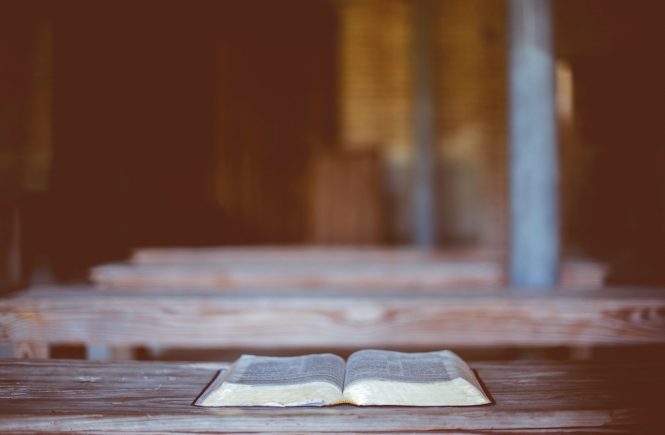 As we celebrate the Easter season, I am full of encouragement and hope for you. For your church, the body of Christ in America, and the world. God has done a tremendous work in me these last two weeks. Allow me to set the stage and share what was just seen with my eyes and touched with […]

The Gift of Revival 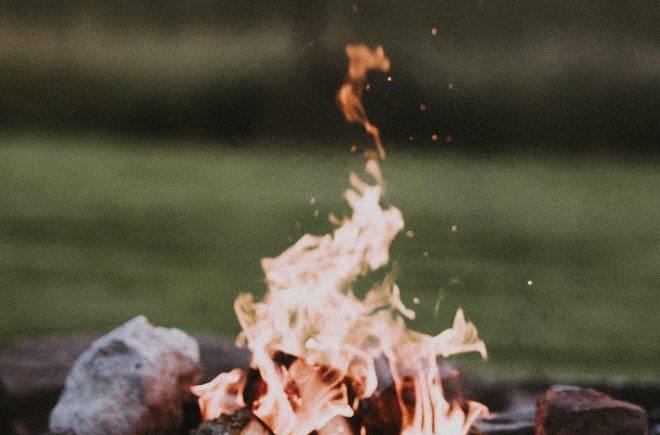 Dear Friends & Family,  I want to greatly encourage you about the new year. Have you ever known something in your heart? I have no specific word or prophecy for 2021, but have a knowing on the inside that I feel is important to share with you. I believe that God is granting the Body of Christ in […] 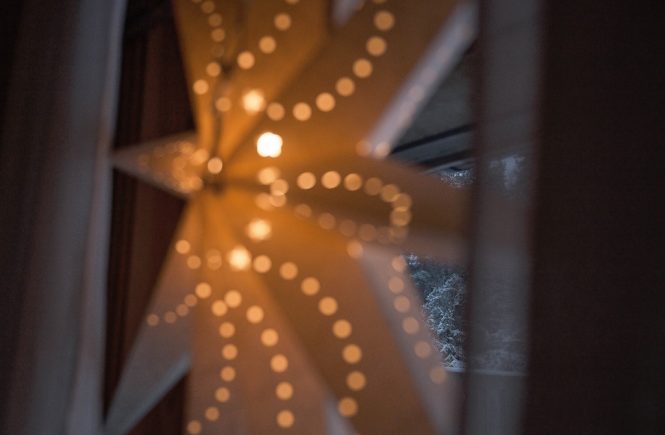 Julie and I send you our love. Moreover this Christmas may you freshly encounter the love that Jesus has for you! I woke up today hearing Matthew 4:16 in my heart. It says, “The people who sat in darkness have seen a great light, and upon those who sat in the region and shadow of death, light has […] 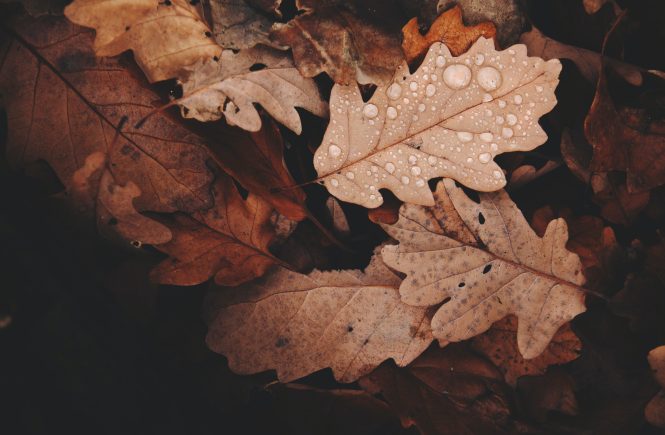 We are super excited to share with you our partnership with Pastor S. and the Church in Asia. Last month we joined our faith for the new prayer and healing home! The building will also serve as a classroom and dormitory for a new Bible school to launch in May of 2021.  Regarding the prayer […] 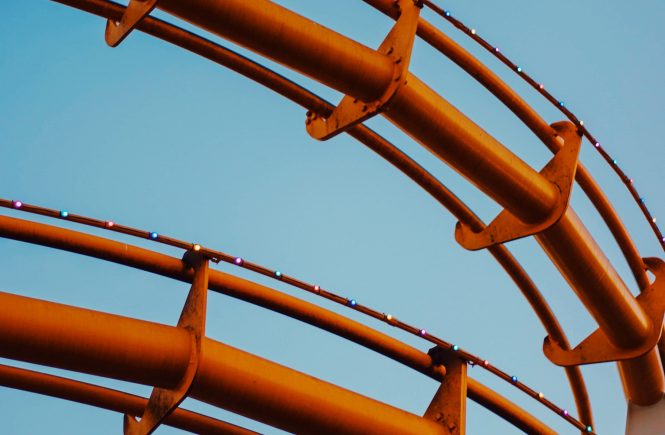 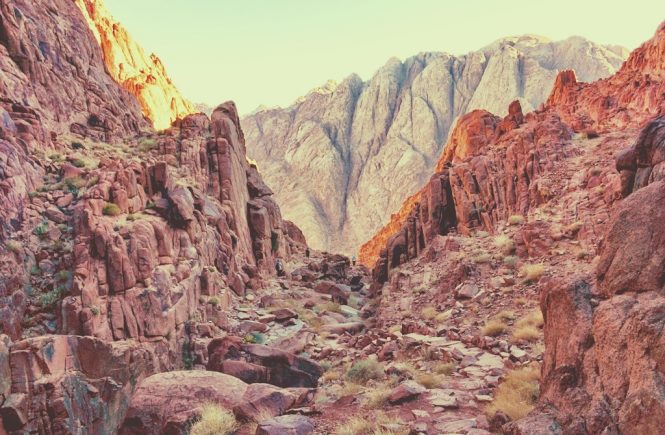 Dear Friends & Family, Julie and I send you our love today. The following truth is simple yet really powerful. In Psalms 27:13, David described what his hope and faith looked like when he said: “I would have lost heart, unless I had believed that I would see the goodness of the Lord in the land […] 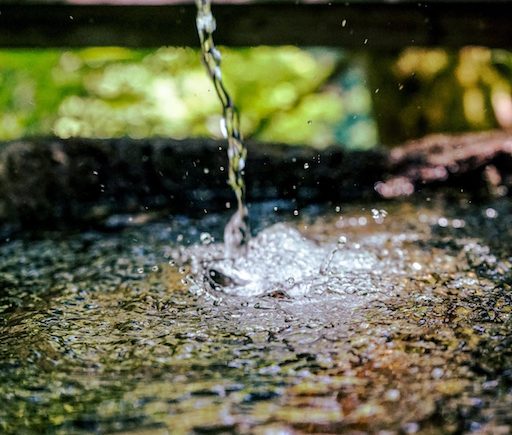 Dear Friends & Family,  Good morning. Julie and I send you our love. Summer is soon upon us. In the natural that means a new season is taking shape. God is speaking to my heart and I am expecting so much more than a change in the weather. As I began to write this letter, […] 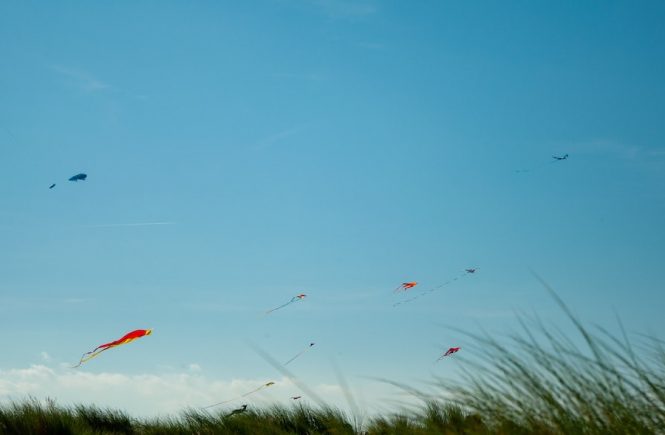 Dear Friends & Family,  Julie and I send you our love and a happy hello.  I keep hearing the word providence in my spirit. Providence means: The foreseeing care and guidance of God. It is a manifestation of His divine care or direction. I like to think of this as finding Holy Spirit’s fingerprints on the blessing scene of our lives. […]